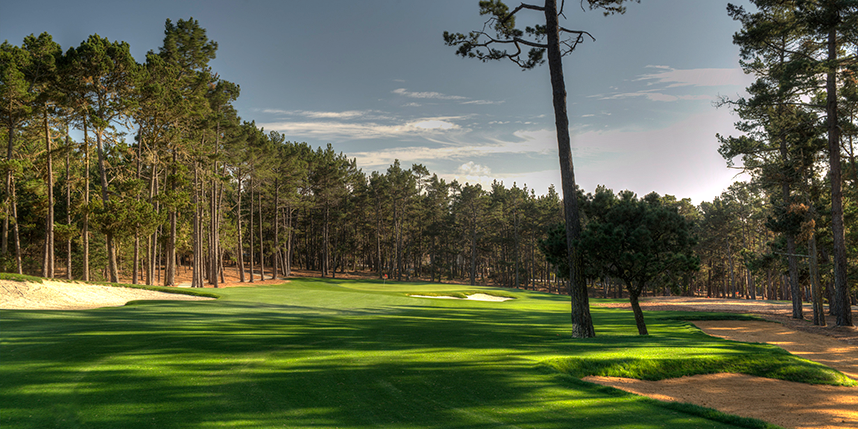 Van Gaalen, who hails from Turlock, won a three-way sudden-death playoff with Matthew Almajano and Griffin Quan to capture the JTNC Tour Championship at par-71 Poppy Hills for his fifth win of the 2021-22 season.

For Van Gaalen, the playoff win was redemption. He had a shot to win it by making a birdie on the 18th hole during regulation but had to settle for a par. Van Gaalen, Almajano and Quan all finished the event with scores of 1-under 141.

Clark Van Gaalen earned the title of Boys' Player of the Year, thanks in part to winning five events during the 2021-22 season. 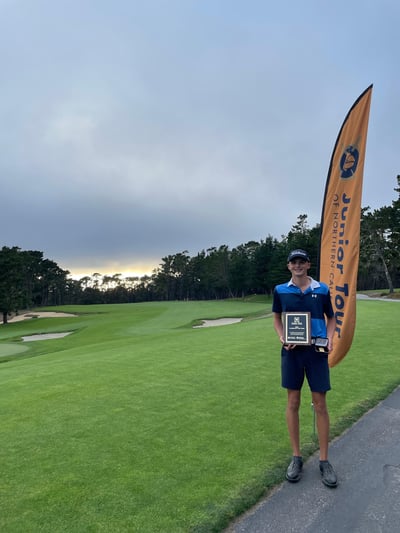 Kara Lee of San Ramon cruised to a six-shot win, carding a final round 77 to come in at 1-over 143. Fueling Lee was a sensational first round 66 that featured five birdies and no bogeys. In the final round, Lee would tack on three more birdies.

Asterisk Talley went on to easily win Girls' Player of the Year honors. Still only 13 years old, Talley won nine events during the 2021-22 season, setting a JTNC record. The previous record had been eight, held by Sabrina Iqbal and set in 2013-14. Other records set by Talley during her season were most wins in a row (five). She also moved up to 4th place on the JTNC all-time win list.

Second place in the POY race went to Cathy Zhang, who had 2,133 points. 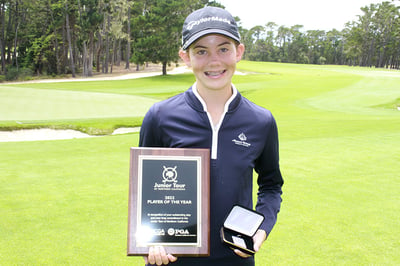 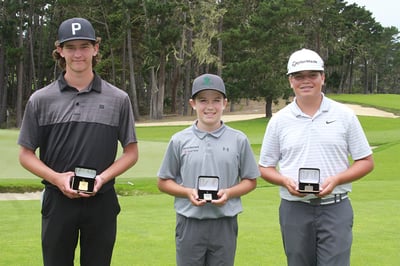 In the Boys' First Flight Championship, Noah Kimbrell shot a final round 72 to come in at 5-over 147, defeating runner-up Elias Moncrief by two shots. Moncrief had a final round 73. Third place was a tie between Nicholas Le and Jaxten Castillo at 152. Castillo earned third place following a card-off.

In the Girls' First Flight Championship, Coco He and Erin Le Nguyen finished regulation tied at 18-over 160 after final rounds of 82 and 78, respectively. Le Nguyen was awarded first place in a card-off (lower round for the day). Third place went to Cynthia Liu at 163. 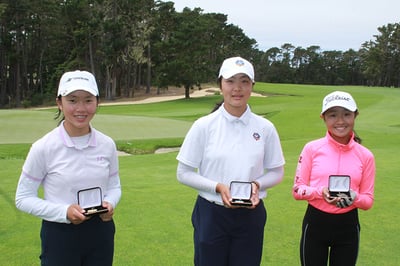 Kara Lee and James Gold-Healy are the leaders after opening day of the annual JTNC Tour Championship at par-71 Poppy Hills Golf Course.

Lee, a high school sophomore, was perfect on her round, posting a 5-under 66 with five birdies and no bogeys. On the tougher front-nine, Lee carded a 33.

Alone in second place is 13-year Asterisk Talley. Fresh off an appearance at the U.S. Girls' Junor, and on her way to earning Girls' Player of the Year honors, Talley carded a 71 that featured a birdie, a bogey and 16 pars.

Sitting in third place in the Girls' Championship is Cathy Zhang at 76.

In the Boys' Championship flight, Gold-Healy had a great opening day, posting a 2-under 69. The resident of nearby Carmel had six birdies, a pair of bogeys and a double-bogey on the par-3 17th. On the front-nine, Gold-Healy posted a 34 that could've been lower except for two bogeys.

Sitting in a tie for second place are Clark Van Gaalen and Nicholas Mouser. Van Gaalen, who's in line to earn Boys' Player of the Year honors, had four birdies and three bogeys, while Mouser carded three birdies and two bogeys.

Six players are at 72, just three shots off the lead.

In the Girls' First Flight Championship, Coco He of Carmel took the lead with a 7-over 78.  Maya London is in second place at 81.

In the Boys' First Flight Championship, Nicholas Le and Jaxten Castillo grabbed a share of the lead with scores of 3-over 74.