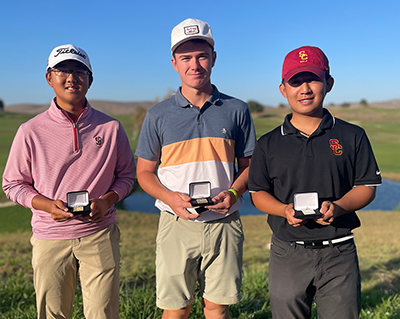 Cui notched his first win of the 2022-23 JTNC season thanks to stellar play both rounds. On Sunday, Cui was clutch, making birdie on the closing 18th to defeat co-runners-up Jaden Dumdumaya and Christopher Bettencourt by a stroke.

Cui would post a final round 68 with five birdies and just one bogey. On Saturday, Cui shot a 69 that featured three birdies and an eagle (par-5 14th) to go against just two bogeys.

Dumdumaya and Bettencourt posted rounds of 68 and 72, respectively, on Sunday. Dumdumaya made a serious late charge, birdying the 17th and making eagle on the 18th to get within one of Cui.

In the Girls’ Championship, Singh picked her first win of the 2022-23 season in dramatic fashion, knocking off runner-up Ellie Bushnell in a playoff. Both players finished regulation tied at even-par 144.

Singh was solid both rounds. On Saturday, she’d post a 73 with three birdies. A day later, she had a 71 with two birdies a bogey and 15 pars. Bushnell made a charge with a Sunday 70 that featured five birdies and three bogeys.

Defending Girls’ Player of the Year Asterisk Talley finished third at 176 after a final round 76.

Jaxen Castillo and Cody Johnston finished T-3 at 153. Castillo was awarded third place in a card-off. Daniel Dong was fifth at 154. 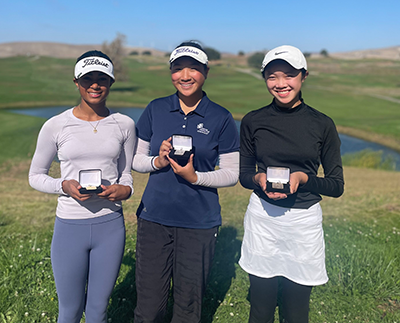 The next event on the JTNC calendar is the Fall Series X Championship, to be held Oct. 22-23 at Ridge Creek GC in Dinuba.