Tournament host Tiger Woods announced Aaron Beverly as the recipient of the Charlie Sifford Memorial Exemption into the 2022 Genesis Invitational. Beverly, the runner-up at the 2014 NCGA Amateur, will join the 120-player field at The Riviera Country Club February 17-20. Awarded annually since 2009, the Sifford exemption represents the advancement of diversity in the game of golf.

“I’m looking forward to welcoming Aaron Beverly to The Genesis Invitational as the 2022 Sifford Exemption,” Woods said. “Like me, Aaron learned the game from his dad. I know Charlie Sifford would be proud of Aaron as he makes his PGA Tour debut at Riviera next month.”

Beverly has most recently competed on the Advocates Professional Golf Association (APGA) Tour. In November, he won the APGA Tour’s Fall Series finale at Wilshire Country Club, a four-time host of the L.A. Open (1928, ’31, ’33 & ’44). Beverly was one of only three players to break par during the two-round fall series finale and earned a two-shot victory, posting a final score of four-under-par.

"Receiving the Charlie Sifford Memorial Exemption and having the opportunity to play in The Genesis Invitational is a true honor and the opportunity of a lifetime,” Beverly said. “This is the moment all my hard work and dedication has been preparing me for and I look forward to competing at Riviera."

A decorated collegiate golfer, Beverly was a mainstay on the Sacramento State University golf team as a freshman in 2012-13. Prior to his sophomore season, Beverly took a redshirt year after both his parents were separately diagnosed with cancer. Beverly returned to the team in 2014-15 and would become one of the most decorated collegiate players to represent Sacramento State. He was a two-time Big Sky Player of the Year award winner following the 2016 and 2017 seasons and won three tournaments while in college. Beverly holds school records with 10 top-five finishes, 16 top-10 finishes and 21 top-20 finishes during his collegiate career. Beverly graduated in 2017 and returned to Sacramento State as an assistant coach in 2019. 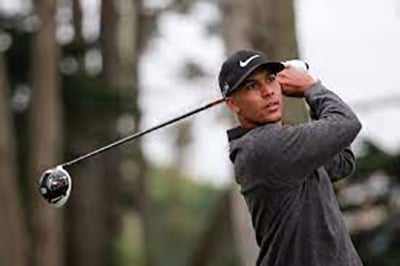 "My father was not only my coach, but my best friend, mentor and biggest supporter,” Beverly said. “I know there would be no one more excited and proud of me than him. He'll be looking over me all week and smiling watching me play against the best players in the world.”

Beverly first had a golf club put in his hands at the age of three by his father, Ron, a decorated college football coach. After participating in ballet for 14 years, Beverly turned his focus to golf as a teenager and was coached by his father. When Ron Beverly retired from coaching football, he gave golf instructional lessons at local courses in Northern California and Aaron now serves as an assistant club professional at Valley Hi Country Club in Elk Grove, California.

The Genesis Invitational will be held February 17-20 and broadcast on GOLF Channel and CBS. Tickets to the tournament are currently available on GenesisInvitational.com.