The NCGA's position on Assembly Bill 1910

On January 31, California Assembly Bill 672, which aimed to convert municipal golf courses into lower-income housing throughout California, died after the Assembly Appropriations Committee refused on January 20 to pass the bill.

The NCGA thanks its membership, partners and others who voiced their opposition to what was deemed The Public Golf Endangerment Act.

We at the NCGA will again join California's golfers and their organizations and friends in opposing The Public Golf Endangerment Act.

Municipal golf courses are part of the same park systems that provide soccer, baseball, swimming, picnicking, biking, pickleball, tennis, walking/riding trails and numerous other recreational amenities, the one difference being golf is generally more utilized than the rest. The one commonality being their indispensability in making possible high school and junior golf programs. 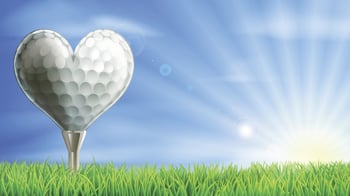 The health benefits of golf include strengthening your heart. If you walk 18 holes three to five times a week, you’ll get an optimal amount of endurance exercise for your heart. If you pull your clubs or carry them, you’ll burn even more calories each round and benefit even more.

Golf courses preserve open space, sequester carbon, provide habitat, promote biodiversity and allow rainwater to get into groundwater basins. And in times of global warming and record high temperatures, golf courses reduce temperatures in their surrounding areas. Municipal golf courses provide these benefits almost entirely in densely packed urban environments where they are most needed, and in communities disproportionately identified as “park poor.” Converting them to hardscape exacerbates both problems.

We encourage you to reach out to local representatives in advance of the vote to let them know your concern/opposition.