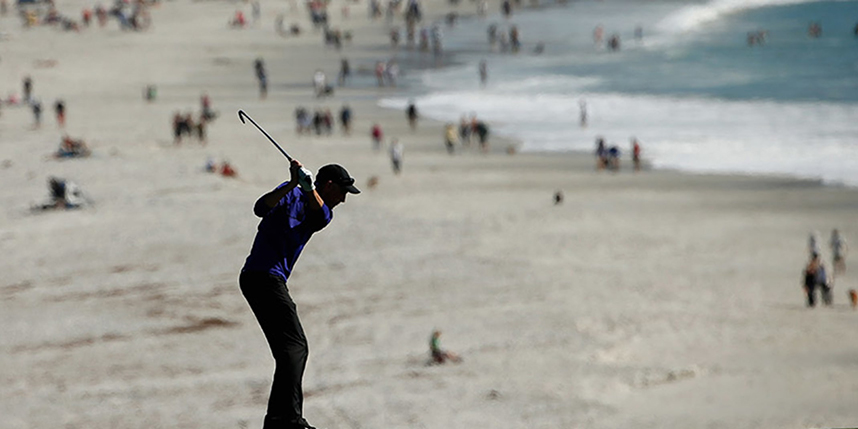 Different Format Due to COVID-19

Pebble Beach Golf Links has a long, storied history and for a handful of professionals entered in the 2020 PURE Insurance Championship, they will be returning to the site of some of their greatest career accomplishments. That is certainly the case for Tom Kite, Mark O’Meara, Davis Love III, and Kirk Triplett when the PGA TOUR Champions event tees off Friday, Sept. 18 at the famed layout overlooking the Pacific Ocean.

Kite claimed the lone major of his great career when he captured the 1992 U.S. Open at Pebble Beach. The AT&T Pebble Beach Pro-Am has witnessed O’Meara winning no fewer than five times, Love III twice. Triplett’s great memories are recent as he is not only defending champion of the PURE Insurance Championship, defeating Billy Andrade on the first playoff hole in 2019, but he went back-to-back with victories in this tournament in 2012 and 2013.

This year’s PURE Insurance Championship, with a $2.1 million purse, will have a different look from previous years due to the COVID-19 pandemic. There will neither be First Tee junior players in the field nor any on-course spectators. Eighty professionals will be joined by 80 amateurs for the 54-hole event and the action can be followed on the Golf Channel, which will air the tournament all three days including Sunday’s final round live from noon to 3 p.m. PDT. Championship co-host Poppy Hills Golf Course also will not be used, with all play being held at Pebble Beach Golf Links.

In addition to the four who have made their mark at Pebble Beach, the field is loaded. Every player ranked in the Top 10 of the Charles Schwab Cup Money List is entered, including No. 1 Bernard Langer, No. 2 Miguel Ángel Jiménez, No. 4 Ernie Els, and No. 8 Fred Couples. Jerry Kelly, ranked No. 7, comes in with a hot hand after winning last month’s Bridgestone Senior Players Championship — the lone major played this season on the Champions Tour.

Jim Furyk, dubbed “Mr. 58” for his memorable round at The Travelers Championship in 2016, is in the field for the first time. The 2003 U.S. Open winner became eligible to participate on the Champions circuit earlier this year when he turned 50.

“While we will dearly miss the First Tee teens and the spectators this season, we clearly have a stellar field – arguably the best group of pros this event has ever seen,” said Steve John, tournament director and CEO for Monterey Peninsula Foundation, the host organization.

John added that despite the format changes for 2020, the tournament will continue to serve as a critical contributor to the First Tee program, which for more than 23 years has made a difference in the lives of over 15 million young people, enabling them to achieve their goals and realize their dreams. First Tee has spent more than 20 years building experiences that build character.

Through generous donations made by PURE Insurance Championship amateur participants $270,000 will be given to support First Tee and their efforts to empower youth through technology.  Through this charitable donation, First Tee will be positioned to build a digital infrastructure that improves kids’ experience and engagement, as well as virtual education and training for adults.

“More than ever, this contribution will be a game changer and help First Tee extend its mission and strengthen its ability to have a positive impact on young people,” John said.

Beyond its donation to First Tee, the Monterey Peninsula Foundation also announced it is making a major donation to help with fire relief efforts in Monterey and Santa Cruz counties, regions already struggling with widespread challenges brought on by the pandemic. Through contributions from the PURE Insurance Championship amateur participants, the Foundation will donate another $270,000 to help the two counties continue to battle, and recover from, the devastating fires.