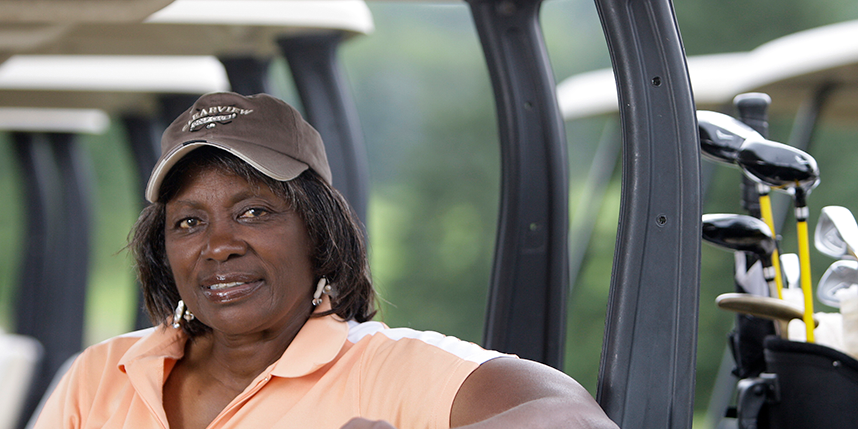 In 2004, Renee Powell sat in the audience when Charlie Sifford became the first Black member of the World Golf Hall of Fame. On March 9, Powell was the first recipient of an award in Sifford’s honor.

A former LPGA player from North Canton, Ohio, Powell accepted the Charlie Sifford Award for her spirit in advancing diversity in golf during the recent World Golf Hall of Fame ceremony at PGA Tour headquarters in Ponte Vedra Beach, Florida. The following is more on Powell's story.

Renee Powell is one of the most resilient and persevering athletes of our time.

Raised on an East Canton, Ohio golf course built by her father, William “Bill” Powell, during times of racial adversity and segregation, Renee learned early on what it meant to excel against the odds. By the age of three she was swinging a golf club for the first time, and early into her teenage years she had won more than 30 tournaments. 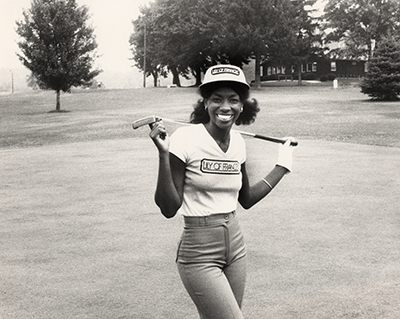 In 1967, she became the second African-American woman to compete on the LPGA Tour. As a tour player she competed in more than 250 professional tournaments and won the 1973 Kelly Springfield Open in Brisbane, Australia.

Following her time on the LPGA tour, Powell dedicated her life to diversifying the game of golf. She became an International Goodwill Ambassador traveling to Africa on more than 25 trips to host golf clinics.

She has also committed her life to expanding golf to more youth, women, seniors, minorities, and military veterans. In 2011, she launched Clearview H.O.P.E. (Helping Our Patriots Everywhere) a cost-free, year-round therapeutic and recreational golf programs specifically for women veterans. As a sought-after public speaker, Renee has informed, inspired, and enlightened countless audiences locally, nationally, and internationally.

Renee has earned countless awards during her more than five decades in the game of golf.

In 2015, she became one of two American women initially given honorary membership into the Royal and Ancient Golf Club of St. Andrews, Scotland. Some of her other notable awards include; being named PGA of America First Lady of Golf, the LPGA Rolex For the Love of the Game Award, the PGA Tour Card Walker Award, the USGA Ike Grainger Award, and the LPGA Pioneer Award.

In 2008, Renee became the third American, and the only women golfer, to ever receive an honorary doctorate from The University of St. Andrews in its now 600-year history. The University also bestowed the honor of naming a residence hall for her.

In 2010, The University of Maryland Eastern Shore awarded Renee with an Honorary Doctorate of Public Service. Other awards include The Donald Ross Award, Charles Bartlett Award and LPGA Ellen Griffin Rolex Award. 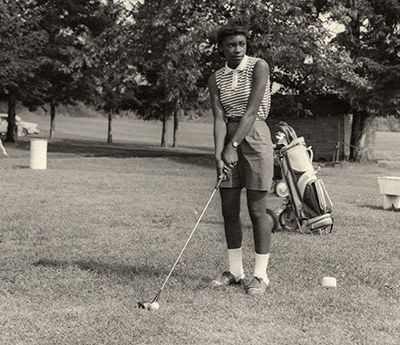 Renee has also made strides in other areas of the golf industry including fashion and broadcasting. While living in London, England, she was one of the first women golfers to design her own clothing line. She has also commentated on numerous golf tournaments on both CBS and ABC.

Today, Renee is the LPGA/PGA Head Golf Professional at Clearview Golf Club in East Canton, Ohio where she's keeping her father’s legacy of “Golf for Everyone” alive. Renee's work extends throughout her community as a member of several boards including the Pro Football Hall of Fame, Mercy Medical Center, and Pathway Caring for Children, Convention and Visitors Bureau, as well as a member of Rotary International.