Spirit of the Game: Bing Crosby 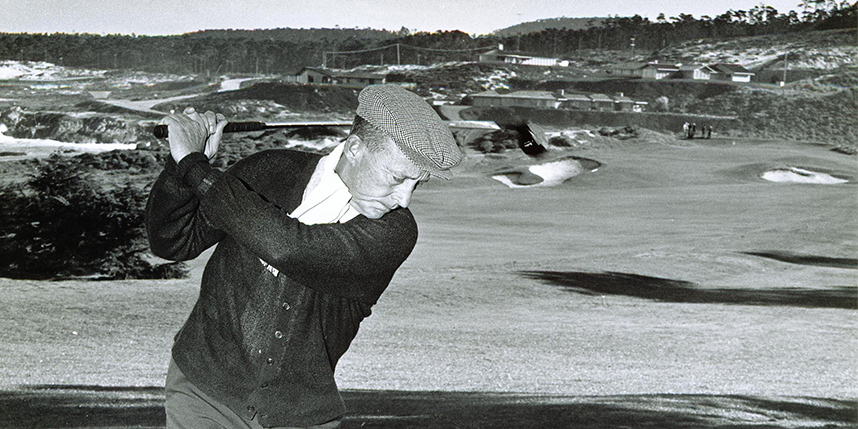 Spirit of the Game: Bing Crosby

Born Harry Lillis Crosby in 1904 in Tacoma, Washington, Crosby first took up the game at 12 as a caddy, dropped it and started again in 1930 with some fellow cast members in Hollywood during the filming of “The King of Jazz.” Although he made his name as a singer, vaudeville performer and silver screen luminary, he would probably prefer to be remembered as a two handicap who competed in both the British and U.S. Amateur championships, a five-time club champion at Lakeside Golf Club in Hollywood, and as one of only a few players to have made a hole-in-one on the 16th at Cypress Point.

“If I were asked what single thing has given me the most gratification in my long and sometimes pedestrian career, I think I would have to say it is this tournament.”

He conceived his tournament as a friendly little pro-am for his fellow members at Lakeside Golf Club and any stray touring pros who could use some pocket change. The first edition of the Clambake was played at Rancho Santa Fe Country Club in northern San Diego County, where Crosby was also member.

He kicked in $3,000 of his own money for the purse, which led inaugural champion Sam Snead to ask if he might get his $700 in cash instead of a check. Snead’s suspicions notwithstanding, the tournament was a rollicking success, thanks to the merry membership of Lakeside, an entertainment industry enclave in North Hollywood. That first tournament set the precedent for all that followed as it was as much about partying as it was about golf. 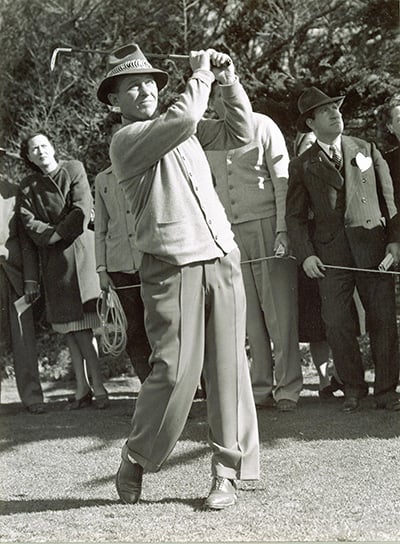 Of course, the competitors were sodden in more ways that one. The first Clambake was played in such a deluge, an on-course bridge was washed out, and this foul weather would also become a hallmark. “One thing about Crosby weather, there’s lots of it,” the host once said. Relocating to Monterey Peninsula after World War II only made it worse. In 1962, snow postponed the event for a day, and 34 years later rain wiped it out altogether.

Still, moving up north was the best thing that ever happened to the Clambake. Rotating among Pebble Beach Golf Links, the Cypress Point Club and Spyglass Hill, the tournament finally had golf courses that could match the star power of the golfers. The climactic final round was always played at Pebble, helping to establish the course not only as a Major Championship venue but also the one track that every duffer dreams of playing.

Crosby died in 1977 of a heart attack while on a golf course in Madrid, having just played 18 holes with Spanish professional Manuel Pinero. His tournament continued to thrive under the watchful eye of his son, Nathaniel, the U.S. Amateur champion in 1981. Among the reasons to tune in every year were to witness Jack Lemmon’s increasingly quixotic quest to make the cut and more recently Bill Murray’s hilarious antics.

Though it no longer carries his name, the Pebble Beach National Pro-Am will always be Bing Crosby’s tournament. As he once said, “If I were asked what single thing has given me the most gratification in my long and sometimes pedestrian career, I think I would have to say it is this tournament.”

Spirit of the Game: Visions of Birdies
November 1, 2022

Memories of a Junior Merit Program at Meadow Club
October 24, 2022