Rule of the Month: Help! My Ball Moved! 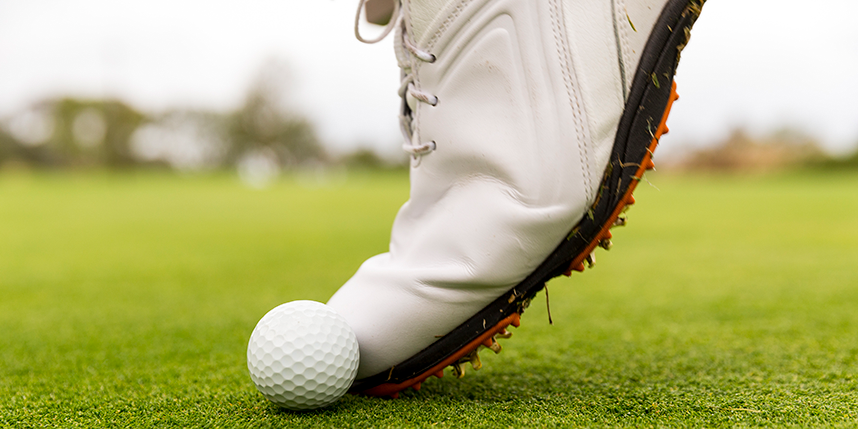 Rule of the Month: Help! My Ball Moved!

One of the principles of the Rules of Golf is to play the ball as it lies. Rule 9 covers what to do when your ball at rest moves. As with any good rule, Rule 9 has a number of exceptions. There are many places and ways that a ball can move on the course, each requiring you to proceed in potentially different ways. Let’s assume you've started the hole and your ball is in play.

If your ball was moved by natural forces, everywhere except the putting green, you play the ball wherever it moved to with no penalty. What if your ball is in the fairway on a slope near a penalty area and before you get to the ball it rolls into the penalty area? You must play the ball as it lies or take penalty area relief. There is no penalty for your ball being moved by natural forces. The exception is when your ball is on the putting green. If your ball moves after you marked and replaced the ball, then you must replace the ball on the original spot. If you have not yet marked and lifted the ball then you play it from where the ball moved to. If it rolls into the hole, the ball is holed! 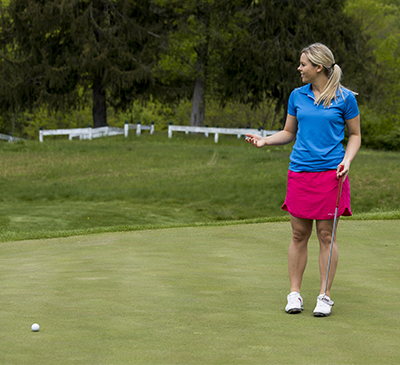 If you, the player (or your caddie or partner), moves your ball in play, then you get one penalty stroke and the ball must be replaced. Of course, there are some excep­tions to when you are allowed to lift or move your ball without penalty. There is no penalty for moving your ball while tak­ing relief, when you accidentally move your ball while searching for it, when your ball accidentally moves on the putting green, or when applying a rule such as where removing a penalty stake moves your ball. I’ve seen many players walk up to their ball in the fairway and rotate it to see if it is their ball, unless you have marked the ball first, that is a one-stroke penalty. If you hit your ball during a practice swing anywhere but the putting green, you are assessed a one-stroke penalty for moving your ball in play and you must replace it. If you played it from where it moved to, then you will get the general penalty – two strokes – for playing from a wrong place.

If your opponent in match play deliber­ately moves your ball in play your opponent gets one penalty stroke unless he or she is conceding the stroke. There are a few ex­ceptions and you can read them under Rule 9.5b. Interestingly, during the Sol­heim Cup this year, Nelly Korda’s eagle putt stopped short, overhanging the hole. In an attempt to concede Korda’s putt her opponent picked up the ball. Since the ball was deemed to be overhanging the hole, Korda, by rule, is allotted a reasonable time to reach her ball and an additional 10 sec­onds to see if the ball will fall in the hole. When Europe picked up her ball before the 10 seconds were up, Korda’s ball was con­sidered holed and Europe lost the hole, un­der Rule 13.3 “ball overhanging the hole.”

If something else moves the ball (an­other person, a bird, another player’s ball, also known as an outside influence) then the ball must be replaced on its original spot and, if not known, must be estimated. If your ball hits another person's ball in play your ball is played where it lies and the other person's ball is replaced without penalty. There is an exception under Rule 11.1. If your ball hits another ball at rest on the putting green and both balls were on the putting green before the stroke, you get the general penalty – two strokes.

What caused the ball to move and where the ball is on the course all deter­mine what to do next and whether there is a penalty.

The NCGA Mourns the Loss of Past President Frank Brunk
December 21, 2021