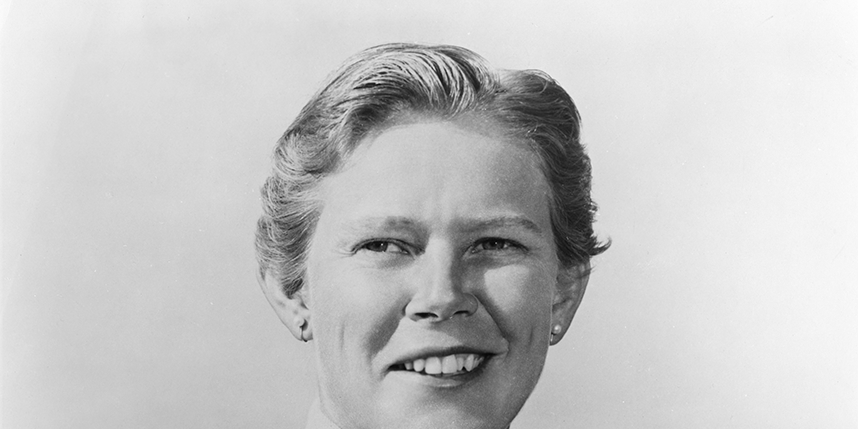 Shirley Spork, a trailblazer for women's golf and the LPGA,  passed away Tuesday at the age of 94.

Written by Ron Sirak from LPGA.com

Shirley Spork is an LPGA Founder – twice. Her journey has been one of the more consequential in all of golf history, affecting the lives of thousands directly and millions more through the impact of her work, making her a pioneer in every sense of the word.

In 1950, Spork was one of the 13 women who launched the oldest professional sports organization for women – the LPGA. Then, in 1959, she was the driving force in creating the LPGA Teaching and Club Pro Division, a landmark event in the evolution of coaching golf, especially for women.

Because of those dual feats, Spork will now be a member of the PGA of America Hall of Fame, and inducted on Nov. 5 at the PGA of America Annual Meeting in Palm Beach Gardens, Fla. For Spork, 92, it was recognition of her contributions both as a Founder and as a coach.

“I feel that I’ve reached the pinnacle of awards given to a professional golfer,” Spork said. “My career has been nurtured by many PGA members in tasks conquered and achieved. I hope I have paved the way for recognition of other women to follow.”

Spork paved the way for generations of golf coaches. The LPGA Teaching and Club Pro Division opened a crucial door for women to enter the game. In 1960, the first LPGA National Golf School was held to educate coaches on teaching women. In the 1970s, Shirley worked with Dr. Gary Wiren, Director of Education for the PGA, so apprentices could get PGA credits working for an LPGA pro.

Spork also worked for the National Golf Foundation where she helped put together the Golf Teaching Kit, a guide for teachers and coaches. In 1983, the first LPGA Teaching Division National Championship was held and now the top eight finishers earn spots into the KPMG Women’s PGA Championship. 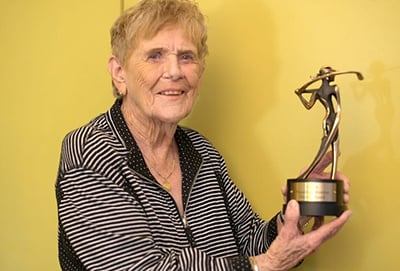 Eventually, Shirley became one of only two people to be LPGA Teacher of the Year twice – and she did it 25 years apart.

“Seeing the LPGA teaching division grow and become global has been a great satisfaction, as has been seeing more of the members achieve their Master teaching credentials,” Spork said.

None of this could have been dreamed of when those 13 women founded the LPGA in 1950.

“We were just trying to go around the Unites States and play golf,” Spork said. “Being a Founder, I was fortunate to travel a journey helping build our tour as well as the teaching division. It was special seeing the advancement of so many talented players who performed, taught and coached the game. It was most empowering for women. “

The little red-haired girl who bought her first golf club in 1939 at the age of 12 while living off the 17th fairway at Bonnie Brook Golf Course near Detroit is still motivated by the boys who laughed at her because the one club she bought for a dollar was a putter and she used it to play all her shots.

The Sporks ended up living near Bonnie Brook because Shirley’s father lost his job during the Great Depression and traded caretaker work for free rent. Motivated by the ridicule and the hard times, Spork began a life-long fight for her gender, for fairness and for the game she loves.

In a decision that impacted the future of golf, Spork enrolled at Michigan State Normal School, which is now Eastern Michigan University. She won the 1947 Women’s National Collegiate Tournament, but she also trained to become a Physical Education instructor. Because of that she learned how to teach.

On May 6, 1950, while teaching in the Detroit public school system, Spork turned pro and became one of the Founders. That fall she began teaching at Bowling Green State University while studying for her master’s degree, teaching Monday through Thursday and playing the LPGA Friday through Sunday.

Spork competed regularly in those early years, but she was always a coach at heart. She was mentored by PGA professional Joey Rey at Pasatiempo Golf Club in Santa Cruz, Calif, who helped her get her first head-pro job at Ukiah Municipal Golf Course. By 1955, Shirley was coaching at Tamarisk Country Club near Palm Springs, where she has lived for seven decades.

Spork loves to educate younger players about the history of the LPGA and the fight by women for equality. She also uses the past to prepare today’s players for the future.

“Continue to enjoy the challenges,” she advises those who seek her counsel during the Bank of Hope Founders Cup. “Always give your best effort. Contribute to charities that make our world more harmonious. Believe in yourself.”

Wise words from the little girl with red hair who altered the course of sports history first as an LPGA Founder and then as a coach of coaches. Truly, a Hall of Famer in many ways.