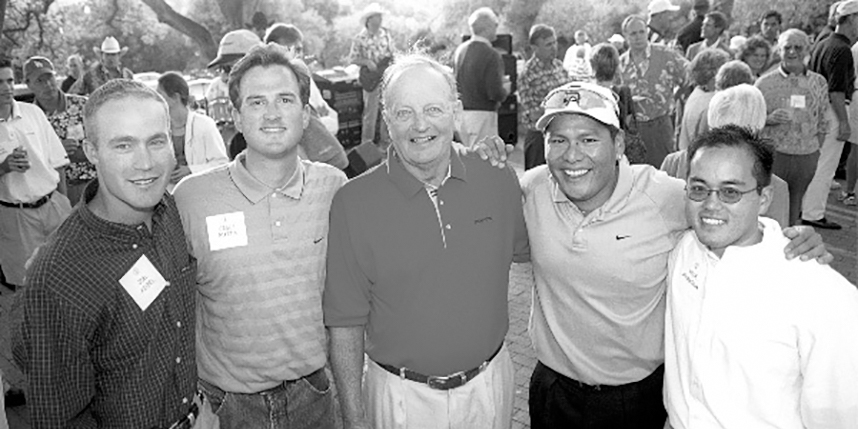 Wally Goodwin, who left his mark in golf coaching at numerous institutions including Stanford University and was inducted into the NCGA Hall of Fame in 2014, died July 20 at the age of 94.

Goodwin, who coached at Stanford from 1987-2000, led the Cardinal to the 1994 NCAA title, its first since 1953, while finishing second in 1995. He was named national coach of the year in 1992 and 1994 and Pac-10 Coach of the Year twice and guided Stanford to a pair of conference championships while producing seven All-Americans.

“Stanford Golf and the world of college athletics lost an icon,” Ray said. “Coach Goodwin had a profound impact on so many young student-athletes over the years, including myself. He was not only a legendary coach, but also a man of character, hard work, and total positivity which carried over to everything he was involved in.”

Prior to arriving at Stanford, Goodwin spent six years as the head golf coach at Northwestern, where Jim Benepe was an All-American under his tutelage. After retiring from Stanford in 2000, Goodwin returned to coaching and started the Division I program at Northern Colorado, where he coached from 2003-07.

In 2014, Stanford renamed its annual tournament ‘The Goodwin’ in honor of the legendary head coach.

Before moving to the college ranks, Goodwin from 1969-1978 had served as golf coach and athletics director at Stevenson School in Pebble Beach. Among those playing under Goodwin at Stevenson was NCGA Hall of Famer Bobby Clampett.

Goodwin himself was quite a player. In 1959, he was invited to play as an amateur on the PGA Tour.

In total, Goodwin is a member of 10 different Halls of Fame.