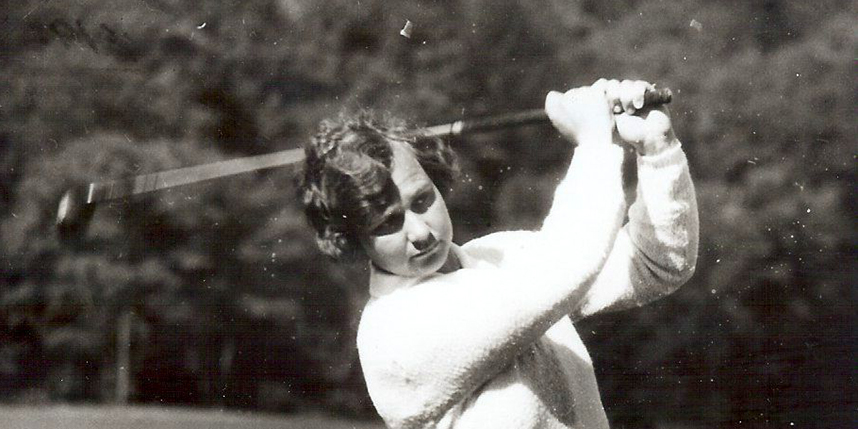 On March 9,  Marion Hollins will be inducted into the World Golf Hall of Fame.

Marion Hollins, who was inducted into the NCGA Hall of Fame in 2012, was a pioneer for women’s golf.

In 1921, Hollins, who will be inducted into the World Golf Hall of Fame in 2022, won the U.S. Women’s Amateur Championship. Eleven years later, she captained the inaugural USA Curtis Cup squad.

When the time comes, Hollins will be the 40th female to be inducted into the World Golf Hall of Fame and the seventh for golf development.

“Marion Hollins is most deserving of this honor,” said Greg McLaughlin, CEO of the World Golf Foundation. “She was a principal force of the game, the visionary of some of today’s greatest courses, and I am grateful that her contributions will be celebrated as part of the 2021 Class and thereafter in the World Golf Hall of Fame.”

Hollins, who died of cancer in 1944 at the age of 51, was as adept with a golf club as she was riding show horses, another of her talents. Eight years after losing in the final of the 1913 U.S. Women’s Amateur to Gladys Ravenscroft at Wilmington (Del.) Country Club, Hollins hoisted the Robert Cox Trophy at Hollywood Golf Club in Deal, N.J., when she defeated Alexa Stirling, 5 and 4, denying Stirling a fourth consecutive title.

Hollins then served as the playing captain for the inaugural Curtis Cup Match against Great Britain and Ireland at Wentworth Golf Club in England.

By then, Hollins had gotten involved with course development, most notably The Women’s National Golf and Tennis Club on Long Island and two soon-to-be renowned courses in California. 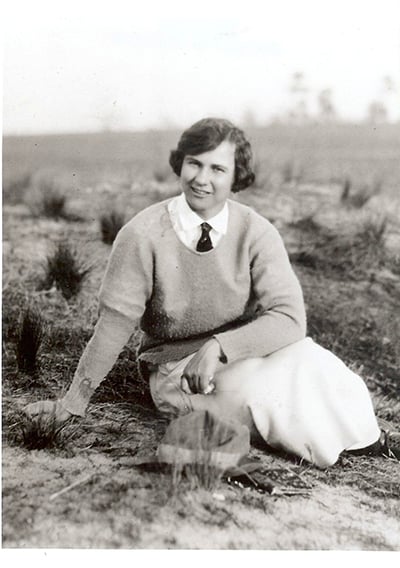 Hollins enlisted noted architects Seth Raynor and Devereux Emmet to design the course at The Women’s National Golf and Tennis Club in 1915. The club also featured 22 grass tennis courts and men were allowed only as guests.

When Hollins moved to the Monterey Peninsula in 1922, she worked with Samuel Morse, the man behind the development of Pebble Beach, to create the Pebble Beach Golf Championship for Women, an event she won seven times. She also discussed the idea with Morse about building a private club on the peninsula. They found a 150-acre piece of property that became Cypress Point Club.

"When you start reading about Marion Hollins, you realize what a trailblazer she was," said Annika Sorenstam, who was inducted in the World Golf Hall of Fame in 2003 and is a member of the selection committee. "In her era, she didn't have many resources with the status of women in sports and golf. To be that kind of trailblazer with that kind of enthusiasm and energy and get into course development and design is very inspirational. She was an advocate for women and changed the landscape of the game."

Hollins originally wanted Raynor to design Cypress Point, but when he died in 1926, she hired Alister MacKenzie. Hollins was responsible for the design of the iconic par-3 16th hole, one that MacKenzie originally designed but later thought might be too difficult for a par 3players.

“Miss Hollins said she did not think it was an impossible carry,” MacKenzie wrote in his book, The Spirit of St. Andrews. “She then teed up a ball and drove to the middle of the site for the suggested green.”

Hollins later happened upon the land that would become Pasatiempo Golf Club in Santa Cruz while riding her horse. Again, she enlisted MacKenzie to design the course, and Bob Jones, after being eliminated in the first round of the 1929 U.S. Amateur at Pebble Beach, played one of the first rounds on the layout.

“This has been a long time coming,” Inkster told The Associated Press upon hearing of Hollins’ World Golf Hall of Fame selection. “She was at the forefront for women, not only in architecture but she was an amazing athlete – the tomboy before they knew what a tomboy was. She was very successful, and she was respected, and she had a lot of confidence in herself.”