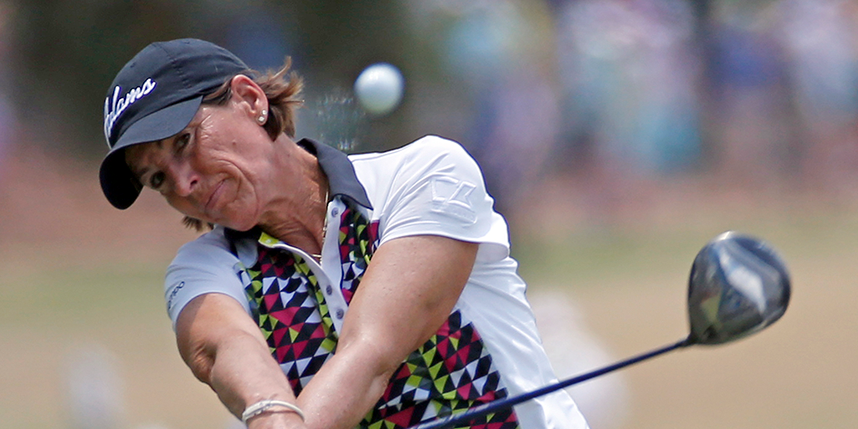 The United States Golf Association (USGA) has named five-time USGA champion and NCGA Hall of Famer Juli Inkster as the recipient of the 2022 Bob Jones Award, the Association’s highest honor, which recognizes character, respect and sportsmanship in the game of golf.

The honor recognizes Inkster’s passionate spirit and the high esteem she continues to garner throughout the game. The Santa Cruz native has counseled countless junior players across the world and has passionately advocated for equity in the sport through her ongoing career as a player, mentor, captain and TV analyst. Known for her tireless work ethic and her commitment to education, she continues to inspire new generations of golfers to pursue their careers and enjoy the game for a lifetime.

“Juli exemplifies the true nature of this award in every way,” said Mike Whan, USGA CEO. “The game of golf is better because Juli is in it. She has earned respect throughout her impressive playing journey, beginning with three consecutive U.S. Women’s Amateur wins all the way through her senior career. But more than that, her mentorship to other players has had a tremendous impact on so many. We are very lucky to have her in the USGA family and are thrilled to honor her with this prestigious award.”

In 2019, the seven-time major champion helped create the Juli Inkster Senior Award, given annually by the Women’s Golf Coaches Association to the highest-ranked female college golfer who has completed her fourth year of eligibility. The recognition comes with a mentorship opportunity with Inkster to help prepare graduating athletes for the next steps in their careers.

A three-time All-America player at San Jose State University, Inkster also captured three U.S. Women’s Amateur titles during her college years (1980-82). She turned professional in 1983 after an amateur career that included a berth on the winning 1982 USA Curtis Cup Team. In total, she has competed in 43 USGA championships, spanning six decades.

Inkster’s more than 40-year career in golf includes two U.S. Women’s Open Championship wins and five other major titles. In addition to Inkster’s 45 professional victories, she is also a member of the World Golf Hall of Fame.

“From the U.S. Women’s Amateur to the U.S. Women’s Open, some of the proudest moments of my career have been made possible by the USGA,” said Inkster. “Bob Jones represented the epitome of what the game of golf is all about. To receive an award named after him, and given by the USGA, that goes beyond recognizing my golf achievements, but recognizes the respect I have for the game and passion for giving back to it, it is an unbelievable honor to receive this award.”

The USGA will honor Inkster in a ceremony during U.S. Open Championship week this June, near The Country Club, in Brookline, Mass.