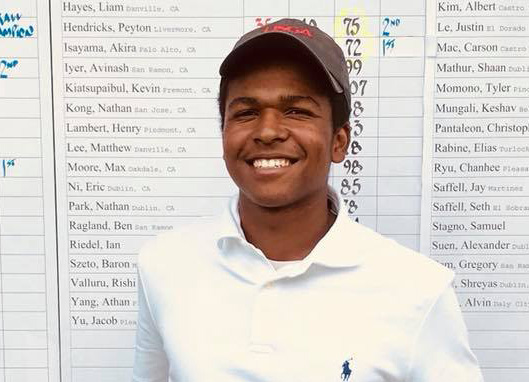 The first 18-hole tournament will take place at Montebello Country Club in Montebello on Sunday. The second tournament is the Tour Championship (APGA’s signature event Sept. 1-2) , which is a two-day, 36-hole event at
Industry Hills Golf Club at Pacific Palms Resort in the City of Industry.
Davis, 19, has extensive amateur experience including competing on the Junior Tour of Northern California and has competed in numerous tournaments throughout Northern California—which earned him an “Amateur Exemption” to play in the APGA TOUR’s final tournaments for the 2020 season that features a field of top-notch Black professional golfers from throughout the U.S.
“I’m grateful for the opportunity, and I want to make the most of it. I thank APGA a million, it’s going to be exciting,” said Davis.