Inside an NCGA Qualifier 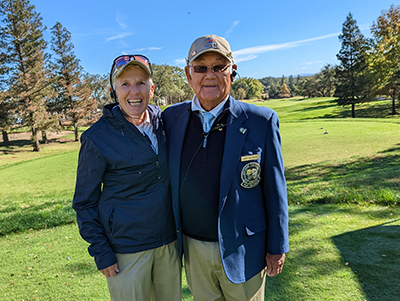 Inside an NCGA Qualifier

We often get asked what goes into conducting a Qualifier? We can say for certain that these qualifiers and tournament would not happen without a dedicated team of volunteers. For each Qualifier there is a Tournament Committee that takes on the logistics of the event to ensure that our members have an enjoyable golf experience.

TOURNAMENT COMMITTEE – BEFORE THE EVENT 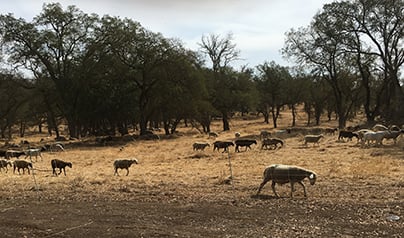 The period before the competition begins is arguably the most important to ensure the smooth running of the competition. They start with a site visit – to preview the course and consider any issues that may arise for players. Phil Sexton, a seasoned Tournament Official with over 15 years of experience says the things they mostly look for are penalty areas, bunkers for any situations such as standing water, why areas are designated Out of Bounds, hole locations and tees and any unusual circumstances. At this qualifier our unusual situation was how to deal with grazing goats contracted to clear underbrush adjacent to the golf course, or an area on the course rooted by the local skunk population.

The Committee’s duties during this period may include: 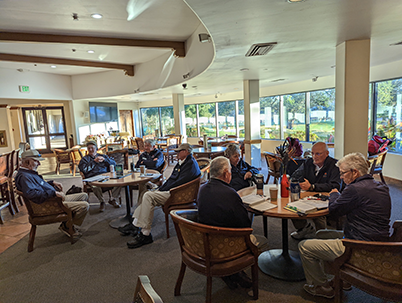 Setting the Terms of the Competition; Reviewing and adjusting the course marking; and establishing any Local Rules; determining the teeing areas and hole locations to be used; defining Pace of Play and Code of Conduct policies and preparing materials for players and referees.

The day before the tournament, members of the Tournament Committee will once again visit the course to mark the course – so players are welcomed with fresh course markings and new hole locations.

THE STARTERS – DAY OF THE EVENT

The Starters role is an important one – they are generally the first Tournament Officials to interact with the players, so a friendly smile and a great attitude are essential qualities for the Starters. They are responsible for announcing players off the tee and more importantly starting matches/players on time. Starters provide information to players, so they are aware of scoring policies, any Local Rules, Pace of Play or Code of Conduct polices that are in force, as well as other important information such as which teeing areas to use and where holes are located.

TOURNAMENT OFFICIALS – DAY OF THE EVENT

The day for the Tournament Officials usually begins with an early morning meeting . Officials will be assigned their duties for the day. Depending on the Qualifier – they may be assigned to groups of players, where they will accompany one or more groups through the entire round, or they may be assigned to a specific area of the golf course to monitor play and assist with any trouble areas. Often there will also be a Rover on both the front and back nines to assist players. All Tournament officials provide rules assistance for players – they may also: 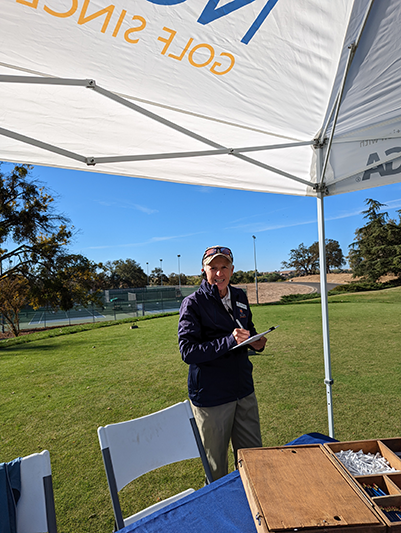 Enforce the Pace of Play policy; suspend play because of weather or other conditions and then determine when play should be resumed; provide an area for players to report the results of a match or return scorecards in stroke play; validate all scores from the round in stroke play

Once play has concluded the Tournament Committee is responsible for:

Resolving any ties in stroke play; confirming the results, closing the competition, and awarding any prizes.

Other duties may include conducting an interview or a ride-along. NCGA members who are interested in volunteering will be first scheduled for an “Interview” with one of the Tournament officials as an introduction. The Interview is an opportunity to see if the program and volunteer are a good fit. ) The “Ride Along” is one of the steps in the Tournament Official training program. The new trainee will accompany a seasoned Tournament Official during a Qualifier and learn more about the role of the TO and how they assist players in an event.

Why do these volunteers give so much of their time and work? According to John Nakamura a Tournament Official (recently recognized at the NCGA Volunteer appreciation day for 40 years of service) - he does it because he loves golf, he thinks that NCGA is one of the best golf associations in the United States and he feels very fortunate to be a part of it. He gets to meet very nice people and enjoys the camaraderie working with both the players and the other volunteers. John with his tenure in the association has seen a lot of young people in the Junior program and he says it has been his privilege to see them grow up and see them succeed in careers and in golf.

If you are interested giving back to golf and becoming part of our terrific volunteer program, please visit our website and learn more.