Fox At The Beach 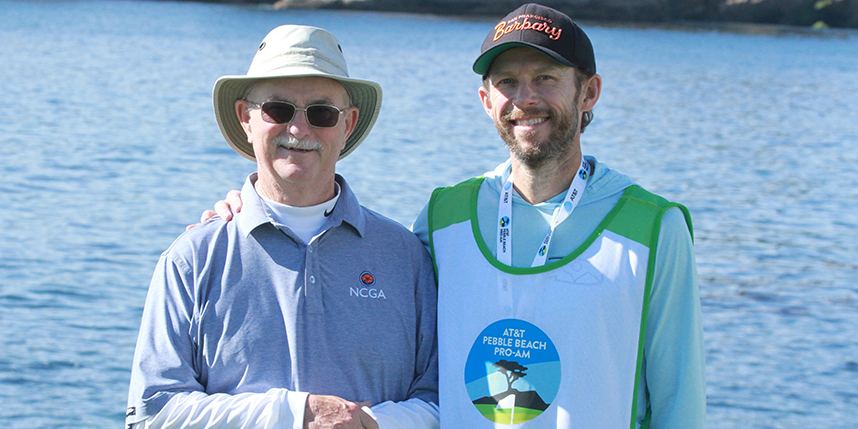 Fox At The Beach

Among those soaking in the sun and fun at the AT&T Pro-Am was 2022 NCGA President Gary Fox.

Fox played with pro Brad Marek, who operates a golf academy at Corica Park in Alameda and was the featured instructor in the Fall 2021 issue of NCGA Golf.

While the two missed the cut, it was a week to remember for Fox. On Tuesday, he’d start things off by playing a practice round with former San Francisco 49ers quarterback Alex Smith.

“It was just the two of us, and he (Smith) was just the greatest,” Fox said. “We talked about everything from his injury to the current Niners and Jimmy Garoppolo.”

Later, during the tournament, Fox had his son, Nathan, on the bag as caddie. He’d also be followed by a rooting section that included his wife, Darlene.

“In terms of things that I’ve done in my life, it was as good as it gets,” Fox said. “Especially getting to share it with friends and family.”