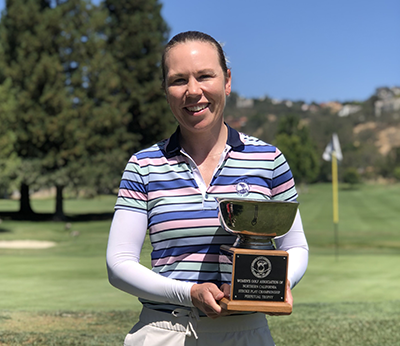 Gebauer, a former walk-on at University of Notre Dame, shot a second round 2-over 76 to come in at even-par 146. Finishing as runner-up at 155 was 2020 NCGA Senior Women's Player of the Year Itsuko Moridaira following a second round 74. NCGA Hall of Famer Lynne Cowan finished third at 158 after an 80.

Gebauer, a practicing dermatologist, tallied eight birdies over her 36 holes.

Lauren Gebauer took the early lead in the Overall Division, carding a 2-under par 70 that included five birdies and just three bogeys.

Lynne Cowan and Joy Robinson are both tied for second at 78.