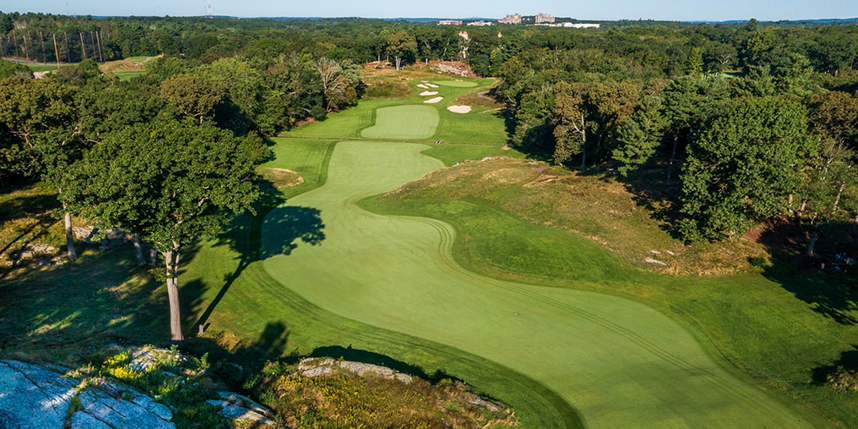 Two NorCal natives back in the U.S. Open

A couple of Northern California natives made a splash on the opposite coast at U.S. Open Final Qualifying at Woodmont Country Club in Rockville, Maryland.

Joseph Bramlett earned medalist honors at 8-under par after a 66 and 70 on a tough and windy North Course and makes it through to his third U.S. Open next week at Brookline while Fresno native Kevin Chappell got through in a tie for third at 3-under par. Chappell finished nearly two hours before the final groups finished and had to wait around to see if his score was good enough to make his eighth U.S. Open.

“It’s always great to have a ticket to the U.S. Open and to be able to play,” Chappell said afterwards. “The grind now really starts to get ready and learn the golf course at Brookline and try to go from qualifying to winning the U.S. Open.”

In his experience in these 36-hole 10-12 hour U.S. Open qualifying days, what’s been Chappell’s mindset?

“Just enjoy it, I tried to have fun and pull from my inner child,” the 35-year-old said.

Bramlett’s previous two U.S. Opens were both at Pebble Beach in 2010 and 2019. He relishes getting back to a major championship stage.

“It’s very special,” Bramlett said of qualifying for Brookline. “Playing major championships is something you can never take for granted. It’s been three years since I’ve played in a major and I’m itching and very excited to get back. Majors are the reason we grow up and play the game and the reason why we work as hard as we do and to have another opportunity at one is very exciting.”

Sacramento native Garrett Johnston has covered 30 majors championships and hosts the Beyond the Clubhouse podcast:

NorCal native Kevin Chappell talks with NCGA correspondent Garrett Johnston about earning his ticket to the #USOpen after advancing thru Final Qualifying pic.twitter.com/SJrTaonGt2