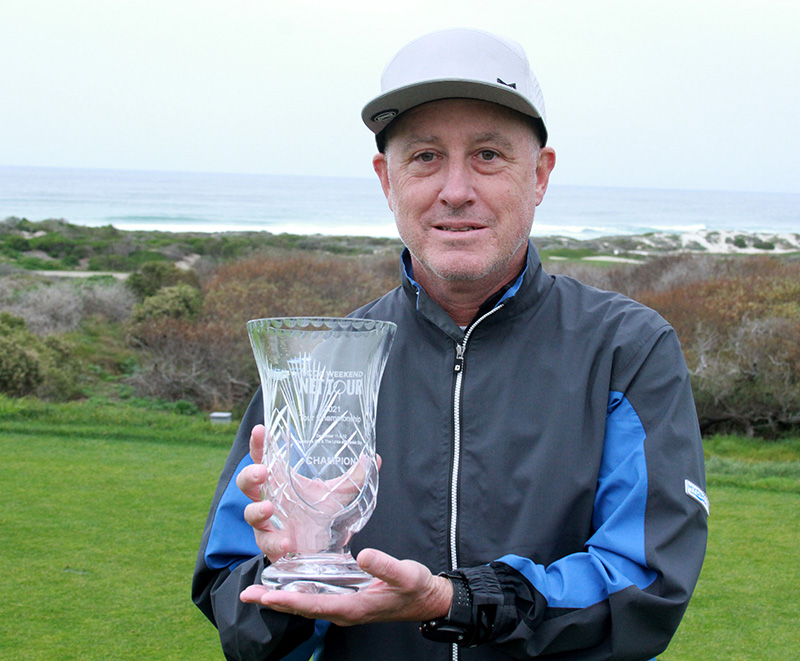 Groshong (above), an e-Club Sacramento member, shot back-to-back rounds of 74 at Del Monte Golf Course and The Links at Spanish Bay, respectively, to come in at 4-over 148 for a four-shot win over co-runners-up Iain Barclay and Eagle. Barclay had rounds of 78-74, while Eagle shot 75-77.  Over his 36 holes, Groshong penciled in nine birdies.

The win was extra sweet for Groshong. The 53-year-old twice was runner-up at e-Club championships.

"It feels great to get a win," said Groshong, who overcame a weird moment at Del Monte when his ball got stuck in a tree. "I knew I was playing well. I knew that if I just stayed out of trouble, I'd be in good shape."

For Eagle, a 29-year-old resident of Antioch, the Player of the Year crown was his second in three years. The e-Club East Bay member, who plays to a 5.4 handicap index, also won in 2019.

"I love the Weekend Net Tour," Eagle said. "I love competing. Plus, there's all of the other players I've met on the tour. It's a lot of fun." 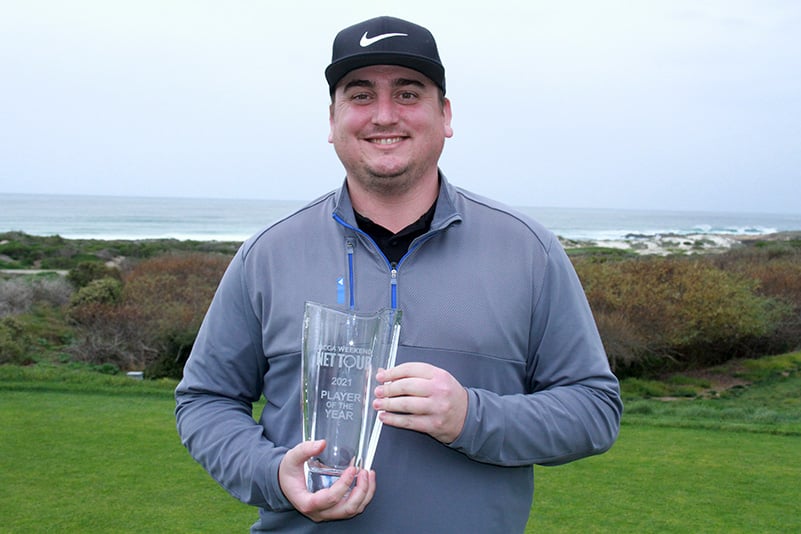