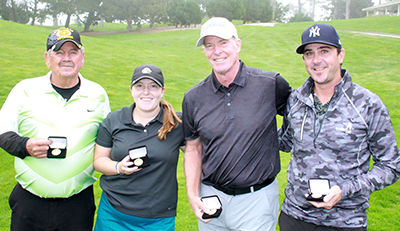 The Dot Squad team, made up of teammates Mike Elgin, Joseph Francis, Chris Perry and Lexi Perry, carded a final round 15-under 129 Tuesday at Spyglass Hill to come in at 29-under 257 playing in a format that takes the two best net scores of a four-person team.

Second place went to The Patriots at 261 following a final round 133. Spondulick GC was third at 267. 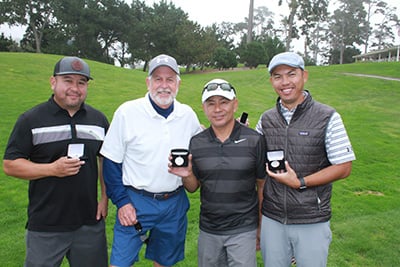 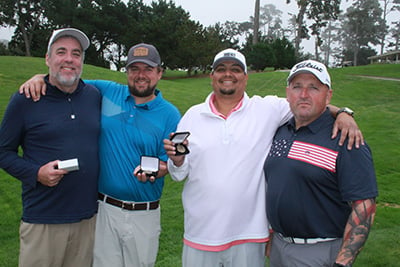 The X D C squad, made up of teammates Aaron Catalano, Ron Ormonde, Jim Eppen and Mark Cwirko, shot an opening round score of 15-under 127 Monday at Poppy Hills playing in a format that takes the two best net scores of a four-person team.

In second place at 128 is Dot Squad and The Patriots. Caddy Club of Pebble Beach is alone in fourth place at 130.

First played in 1983, the NCGA Associate Club Championship is a four-person team event for associate clubs.