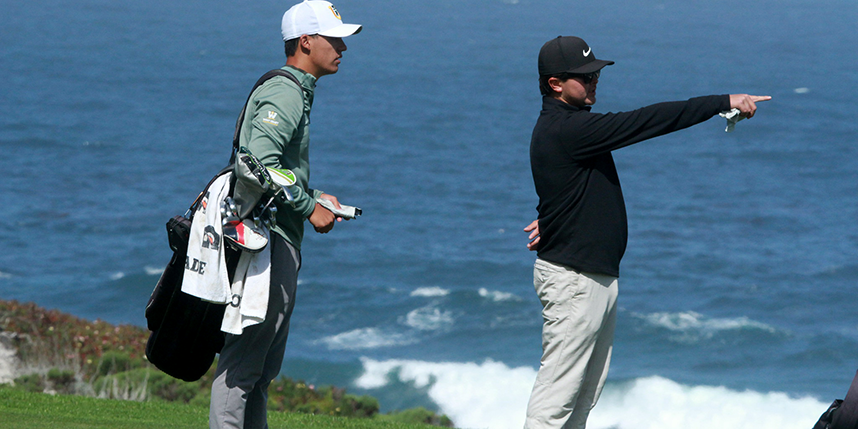 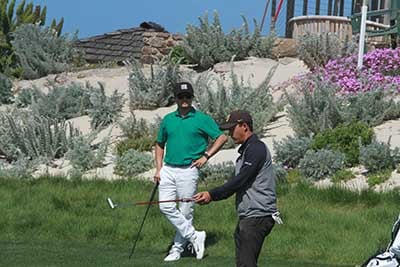 Not long after the final group came in to make things official, Alex Chin shared a celebratory moment with his mom and grandmother. Jalen Griffin, meanwhile stepped away to call his mom.

The pair, who've been connected by University of San Francisco the last few years, delivered a special Mother's Day gift, posting a sensational final round 9-under 63 at Spyglass Hill to win the annual NCGA Four-Ball Championship by four shots over the runner-up tandem of brothers Jimmy and Johnny Castles. The 63 was the low round of the 54-hole event and was just two shy of the championship, a 61 posted by 2021 winners Ethan Farnham and Ethan Ashbrook.

Chin, the 2020 NCGA Player of the Year, is a 23-year-old graduate student playing at USF. The elder Griffin, 26, is an assistant for the Dons. The two, who finished at 18-under 198, were Dons teammates when Griffin was a senior and Chin was a freshman.

"It was a pretty electric weekend," Griffin said. "The first day we were ham-and-egging it. the second day we had no bogeys and today was solid. Spyglass can eat you up real quick."

Having entered the final round three shots behind the Castles and the team of Lewis Simon and Keith Okasaki, Chin and Griffin made their initial charge with a front-nine 32. After the turn, they'd post a 31. They'd go 6-under through holes Nos. 6-12 to take over the lead and never looked back.

"We play off of each other well," Chin said. "Keep the ball in play. If the first player is in the middle of the green, the second person can play aggressively." 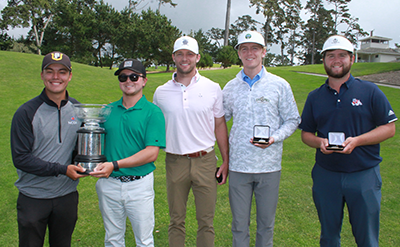 The two will team up for hopefully another round of success at the upcoming NCAA Regionals. The Dons made it to the Nationals last season.

The Castles, who both formerly played at Cal Poly-San Luis Obispo, finished second at 202 after a final round 70. Third place went to the team of Griffin Long and Matthew Sutherland at 203. Sutherland is the nephew of PGA Champions Tour member Kevin Sutherland.

The team of Garrett Wagner and Rick Reinsberg had the second-lowest score of the day, a 64 that pushed them 26 spots up the leaderboard to 12th place. The team of Jeff Hamm and Ian Dahl had the day's third-lowest score with a 65.

Fresno's Keith Rodriguez had the shot of the tournament, acing the par-3 15th in the final round using a gap wedge. It was his first career ace. 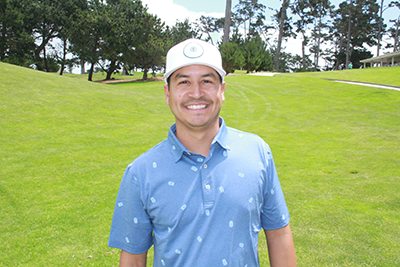 Congrats to Jalen Griffin and Alex Chin on their win at the annual NCGA Four-Ball Championship. They'd cards final round 9-under 63 at Spyglass Hill pic.twitter.com/yo0mHojr48

A pair of Tritons and a team of former Mustangs broke away on what was a tough scoring day at the NCGA Four-Ball Championship at gusty Spyglass Hill.

Lewis Simon and Keith Okasaki, both assistant coaches at UC-San Diego, and Jimmy and Johnny Castles, brothers who formerly played at Cal Poly-San Luis Obispo, finished Saturday tied with totals of 12-under par 132 following second-round scores of 65 and 64, respectively. How good were both teams? The average score on the day was 74.

Simon and Okasaki made their charge by posting seven birdies,  including a run of four in six holes through holes Nos. 5-10. The Castles, meanwhile, went even deeper posting nine birdies to go against a lone bogey on the dreaded third. they'd catch fire in the shelter of the back-nine, carding a 30. The 18-hole record for the championship is 61, shot by 2021 champs Ethan Farnham and Ethan Ashbrook in the final round.

Alone in sixth place at 138 following a 72 is the tandem of Nick Moore and Matt Cohn. Moore and Cohn won the NCGA Mid-Amateur Four-Ball crown in 2020 and have gone low at the Four-Ball before, carding a 62 in 2016.

The team of Jake Vigil and Vernon McCalla, who took the first-round lead with a 65, fell back with a 74 to land in a tie for seventh at 139 along with 2015 champs Scott Raber and Ben Corfee.

The team of Jake Vigil and Vernon McCalla broke out of a clogged leaderboard to finish the first round of this weekend's annual NCGA Four-Ball Championship on top.

Vigil, a sales rep for Callaway, and McCalla, who hails from Concord, posted an opening round of 7-under 65 at Spyglass Hill that featured zero bogeys and seven birdies. On the back-nine, the duo closed things out by playing their last five holes at 5-under.

Prior to their final birdie on the 18th, the leaderboard had four teams tied at 66. Entering Saturday's second round, that'll now be three teams---the tandems of Matt Cohn and Nick Moore, Jack Hoenes and Gary Yoro and Reid Scarff and Aj Hoen. Moore and Cohn captured the NCGA Mid-Amateur Four-Ball in 2020 and have been in the running in the Four-Ball before, but have yet to win the event. Hoenes had five birdies on his own ball, while Hoen had seven birdies on his card.

Five teams are at 67 including the tandems of Ryan Sloane and Taylor Travis and Jalen Griffin and Alexander Chin. Griffin is an assistant coach at USF, while Chin plays there as a graduate student.

The weather could have a big effect on how things shape up in Saturday's second round. Forecasts call for winds up to 25 mph.

Following Saturday's second round, a cut will be made with the low 40 and ties advancing to Sunday's finale.

It's a picture perfect day for the first round of the NCGA Four-Ball Championship at Spyglass Hill pic.twitter.com/rGbyAk9ITo

The NCGA Four-Ball Championship began in 1967 at Spyglass Hill GC and has been played at the Robert Trent Jones layout ever since.  The 54-hole competition consists of two-man teams in which both players play their own ball and the lowest score of the two is counted on each hole.