Dr. Condoleezza Rice to be Named 2022 Ambassador of Golf 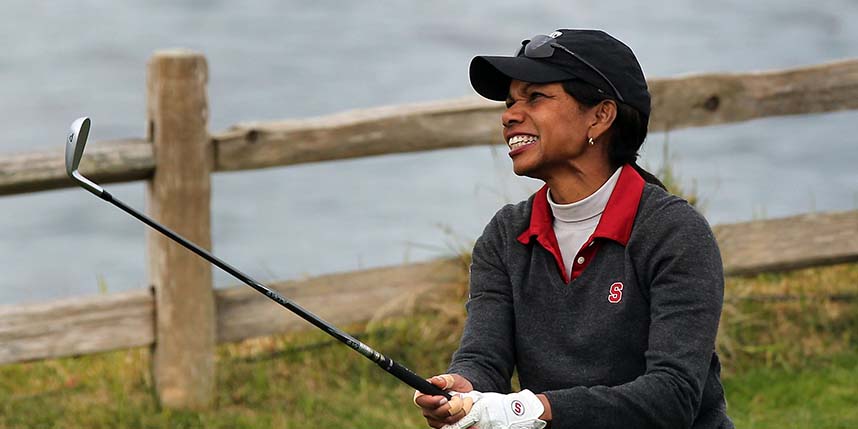 Dr. Condoleezza Rice to be Named 2022 Ambassador of Golf

Dr. Condoleezza Rice, the 66th U.S. Secretary of State who’s now a professor at Stanford University, will be named the 2022 recipient of the Ambassador of Golf Award presented by FirstEnergy Foundation.

Secretary Rice will be recognized July 7 at the 2022 Bridgestone SENIOR PLAYERS Championship at Firestone Country Club. The Ambassador of Golf Award honors a person who has fostered the ideals of the game on an international level and whose concerns for others extends beyond the golf course.

“Condoleezza Rice’s service to our country is well-documented, as is the leadership and character she has displayed throughout her decorated career,” said PGA TOUR Commissioner Jay Monahan. “Needless to say, we are fortunate and grateful to have someone of such standing show a continued passion for and dedication to growing the game we all love.”

In 2012, Dr. Rice became one of the first two female members of Augusta National Golf Club. She is also the faculty fellow for the Stanford Women’s Golf Team.