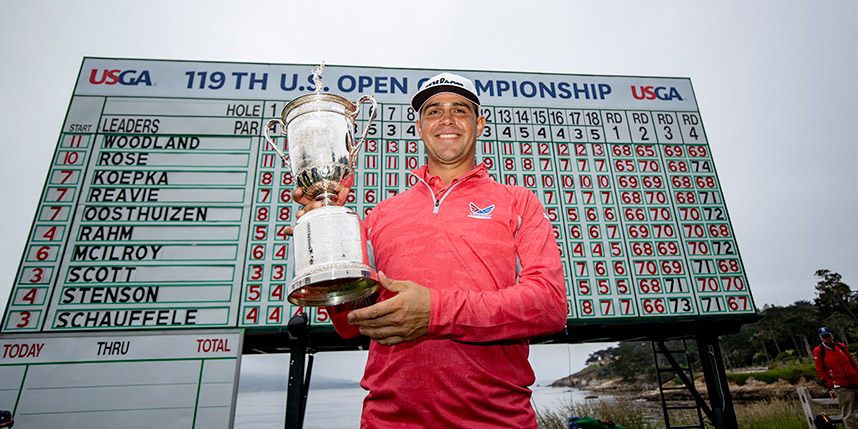 This week was supposed to be U.S. Open week, but the Covid-19 pandemic changed all that. Currently, the championship is set to be held Sept. 17-20 at Winged Foot Golf Club in New York. Nevertheless, we’re still celebrating what would’ve been U.S. Open Week.

Highlights of the week include four Virtual Watch Parties of classic U.S. Open finishes, with past champions Gary Woodland, Jordan Spieth and Jack Nicklaus providing firsthand commentary on their career-defining victories. Recorded through Cisco WebEx, all will be available on usopen.com, @usopengolf (Twitter), Facebook (facebook.com/USOPEN), YouTube (USGA) and the USGA streaming app.

Fox Sports (FS1) will maintain a Father’s Day viewing tradition with 4½ hours of USGA programming, including two USGA films and a condensed broadcast of the 2019 final round at Pebble Beach on Sunday, June 21.

Here’s a breakdown of the Broadcast Schedule

A look at Johnny Miller’s final-round 63 at Oakmont Country Club in the 1973 U.S. Open. Miller was six strokes behind the leaders following the third round, but he birdied the first four holes on Sunday and was on his way to victory and championship history.

Jordan Spieth and Discovery Golf producer Hally Leadbetter reflect on the highlights and drama behind the exciting finish on the closing holes at Chambers Bay.

Memorable duel between Jack Nicklaus and Isao Aoki in the 1980 U.S. Open at Baltusrol