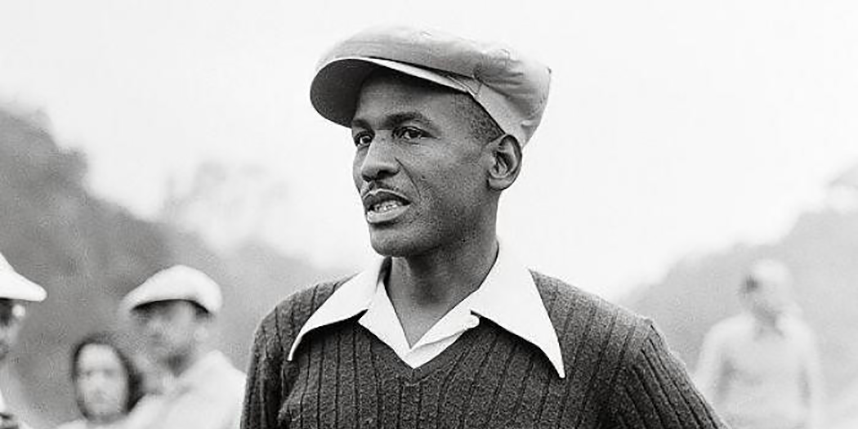 In 1955 the Western States Golf Association – one of the Country’s oldest and largest African American golfing organizations – held its inaugural championship tournament at Sharp Park.  The host club was San Francisco’s Bay Area Golf Club, which in 1954 was a founding member of Western States, along with clubs from Seattle, Portland, San Diego, Phoenix, and three Los Angeles-based clubs.

Western States and its member clubs were part of a national movement which gained strength following World War II and was symbolized by baseball’s Jackie Robinson, to end racial discrimination in sports and public recreation.  At that time, the PGA of America had a “Caucasians Only Rule,” which it famously invoked in the Bay Area at the 1948 Richmond Open to exclude Los Angeles professionals Bill Spiller (pictured, above) and Ted Rhodes (pictured, below), who had both qualified for Richmond by making the cut in the preceding Los Angeles Open. 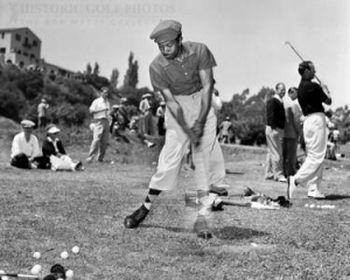 This provoked Spiller, a railroad baggage porter at Los Angeles’ Union Station, to lead a 13-year legal fight with the PGA in which he enlisted Rhodes and other African American golfers, including boxing champion Joe Louis and Charlie Sifford. After repeatedly breaking its promises to integrate, the PGA in 1961 finally dropped its Caucasians Only Rule and admitted Sifford as its first African American member -- but only after then-California Attorney General Stanley Mosk threatened to prohibit all PGA tournaments in California, at both public and private courses. Mosk later became a California Supreme Court Justice, and Sifford in 2004 was inducted into the World Golf Hall of Fame.

The PGA admitted Spiller and Rhodes as members in 2009 – but only after both had died. By 2009, Tiger Woods had won the Masters Tournament and the PGA Championship four times apiece and the U.S. and British Open Championships three times each.  In 2012 former U.S. Secretary of State and Stanford Provost Condoleezza Rice was one of the first two women admitted as members of the Augusta National Golf Club, home of the Masters Tournament.

By 2022, Western States Golf Association has grown to over 30 member clubs, including women’s clubs, in Washington, Oregon, Northern and Southern California, Arizona, Nevada, Colorado, and Texas.  Also in 2022 Tiger Woods will enter the World Golf Hall of Fame as a new member. 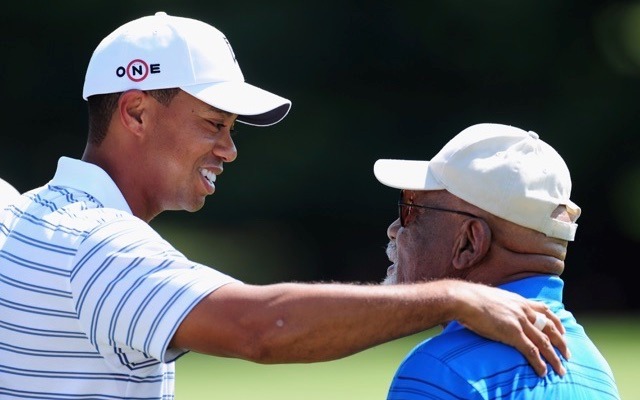 Tiger Woods and Charlie Sifford at the 2009 Bridgestone Invitational

From CBS Sports: "Tiger Woods on a life without Charlie Sifford: 'I probably wouldn't be here'"

"Charlie Sifford was a hell of a pioneer in the world of golf and on Tuesday he passed away at the age of 92. This was just a few months after President Obama awarded Sifford with the Presidential Medal of Freedom.On Wednesday Tiger Woods paid his respects. "It's been tough. Very tough," said Woods. "He’s like my grandpa that I never had. And it's been a long night and it's going to be a long few days."

"In 1960 Spiller was caddieing at Hillcrest CC for an old friend, Harry Braverman, who asked why Spiller was not teaching or playing the tournament circuit. Spiller explained the tour's limited access to blacks. Braverman recommended Spiller tell it to California attorney general Stanley Mosk, who he thought would lend a supportive ear. He did. Mosk, who would eventually sit on the California Supreme Court, told the PGA of America that if it did not amend its Caucasians-only clause it could not stage tournaments on California's public courses. At that time there were some nine events held yearly in California, including tour events and association sectional tournaments -- almost all on public courses. The PGA's initial response was that it would then play on private courses. Mosk said he would put a stop to that, as well, including the 1962 PGA Championship, which was scheduled for Hillcrest CC. What's more, Mosk contacted state attorneys general around the country, telling them of the situation, and got positive responses in almost every instance. As a result, in November 1961, the PGA of America quietly expunged the Caucasians-only clause."