On October 8, 2021, Mike Allen and Scott Campbell made holes in one on back-to-back shots in the same group. Witnessed by fellow NCGA member Jeff Dunn, the rare feat came on hole No. 13 at Elkhorn Golf Course in Stockton.
The hole was playing 99 yards that day from the combo tees. With the hole obscured by a bunker, the group had no idea what had just happened until Campbell walked up to the hole, looked down, and signaled “two” indicating that something special had just happened. Scott, a five handicap, is still lamenting the day he made a hole-in-one and didn’t win the skin. Allen and Campbell are both from Stockton and members at Elkhorn.
Just how rare is the feat? According to the National Hole-In-One Registry, the odds of two players in the same foursome making aces as 17 million to 1. To put that in perspective, the odds of getting struck by lightning are one in 960,000. 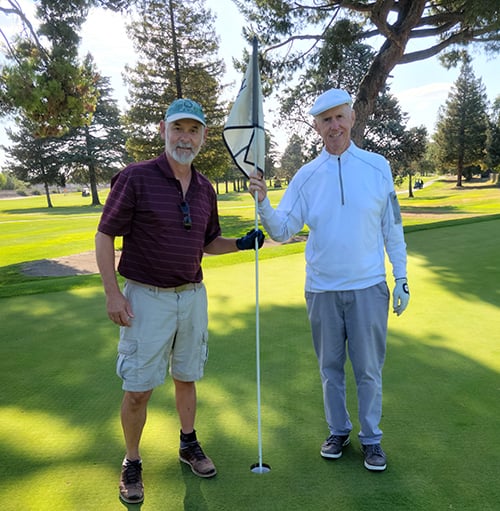 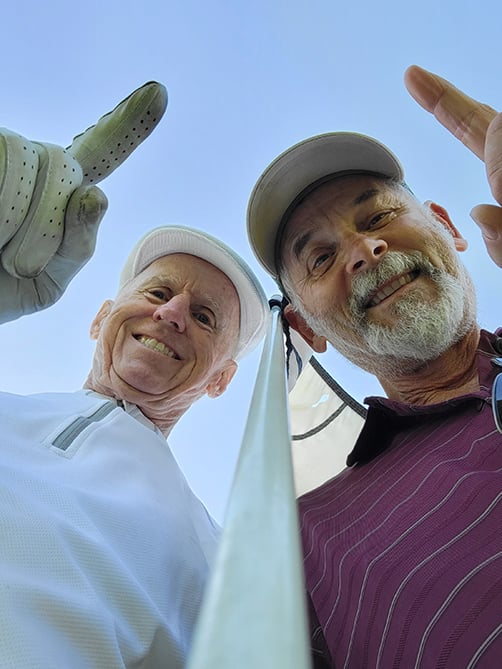