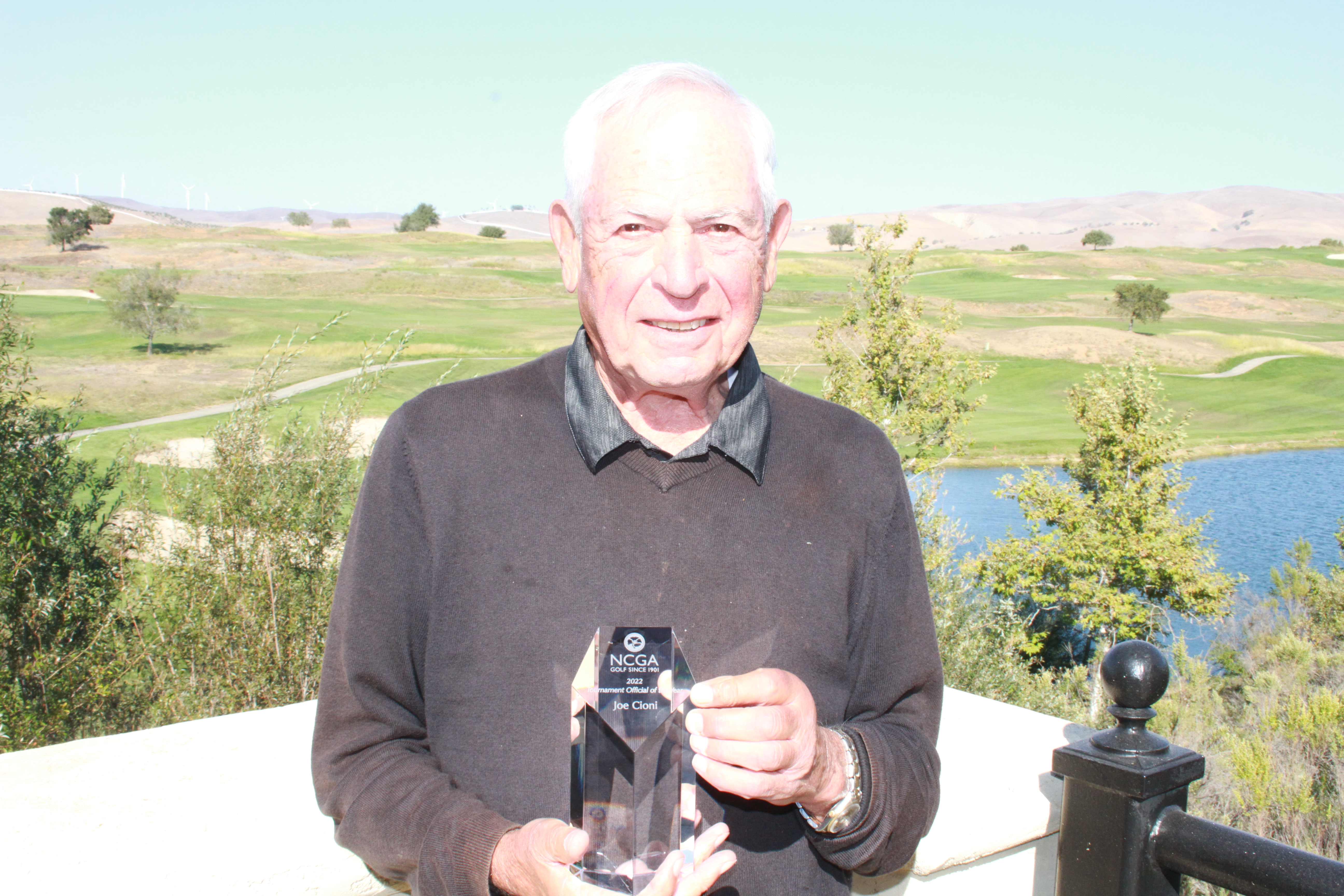 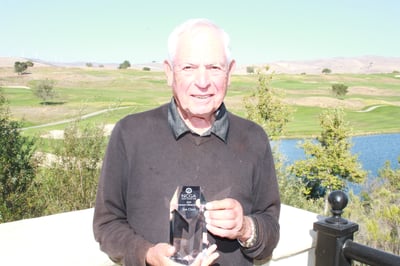 Just over a decade ago, Cioni was competing in the NCGA Senior Championship. As he went to turn in his score, he took particular attention to the atmosphere.

“The officials in the scoring area looked like they were having fun,” Cioni said. “So I asked them about becoming a volunteer. They told me to email (NCGA COO Ryan Gregg) and here I am.”

Now in his 11th year as an NCGA tournament official, Cioni, 83, says he can’t imagine not being a volunteer.

“I’ve been on the course for 60-plus years now either as a competitor or volunteer,” Cioni said. “I love the game and being out on the course.”

Known to some players as the official with the cigar, Cioni has four words for those who have or are considering being an NCGA volunteer: Give it a shot.

“The NCGA, all the local head pros, the people at the courses, they’re all great to work with,” Cioni said. “If you love golf, and being around the game, you will love being a volunteer.”

Former NCGA president John Nakamura received an award for 40 years of service as a tournament official. Joked Nakamura when he was told that he was being honored for his 40 years of service, “Oh, I thought they were just recognizing me as the oldest volunteer.” Nakamura has been recognized by the USGA with the Ike Grainger Award for his service.

Interested in becoming an NCGA volunteer? Learn more at ncga.org/play/volunteer