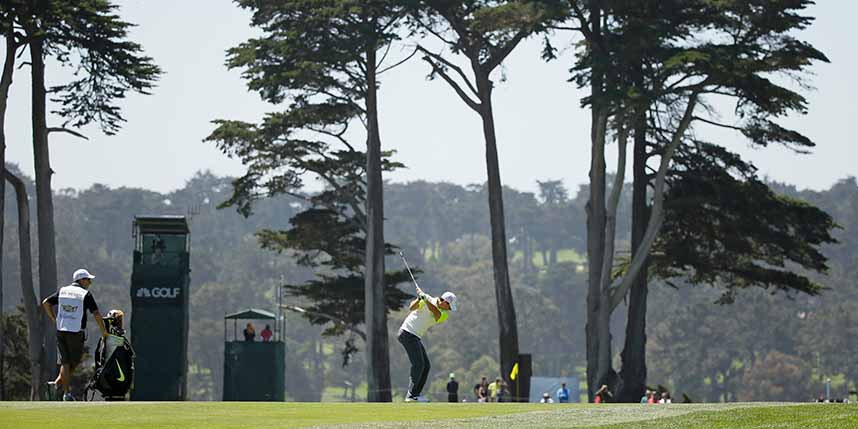 The City of San Francisco and the PGA of America today announced that the 2020 PGA Championship, in which two-time defending champion Brooks Koepka aims for a historic three-peat, will be contested without spectators on-site, August 3-9 at TPC Harding Park in San Francisco.
The decision to play golf’s first men’s major championship of 2020 without spectators was made in coordination with the state of California and city and county of San Francisco, with the health and well-being of all involved as the top priority.
“We are thrilled to welcome the PGA Championship to San Francisco,” said San Francisco Mayor London N. Breed. “We are able to safely take this step toward reopening because of the ongoing sacrifices of our citizens, the continued committed work of our healthcare workers and the early action we took to battle COVID-19.”

The PGA of America will continue to monitor COVID-19 developments and work in concert with the state of California and San Francisco city and county public health authorities and the Centers for Disease Control & Prevention through Championship Week.
“We are both inspired and honored to ‘play on,’” said PGA of America CEO Seth Waugh. “In doing so, we will spotlight not only the beauty of TPC Harding Park, but the fortitude of San Francisco and its remarkable people. We’d like to thank the state of California and the city and county of San Francisco for being terrific partners in helping us get to this place. While the local community cannot be with us physically on-site, we will certainly carry their spirit of resilience and unity with us as we stage our major championship, on their behalf, for all the world to see and enjoy.”
Many of golf’s greatest champions, from Walter Hagen, Gene Sarazen, Sam Snead, Byron Nelson and Ben Hogan, to Lee Trevino, Jack Nicklaus, Tiger Woods, Rory McIlroy and Brooks Koepka, have had their names inscribed on the famed Wanamaker Trophy.
“It has been gratifying for our PGA Professionals to play a meaningful role in helping people find healthy, outdoor recreation during the various phases of reopening golf,” noted PGA of America President Suzy Whaley. “It’s been encouraging to see our entire country and such a wide diversity of people embrace golf as a responsible, yet fun, activity to share with family and friends. We also look forward to returning to San Francisco and The Olympic Club for the PGA Championship in 2028 and the Ryder Cup in 2032, when we will again share this great game with the people of the Bay Area.”
In the coming days, those who purchased tickets directly from the PGA of America will be contacted to facilitate refunds. Updates will be posted at pgachampionship.com and on social media @PGAChampionship.
Those who purchased tickets from a secondary market platform other than pgachampionship.com should contact that site directly. The PGA of America will be unable to process refunds for those tickets.
The 2020 PGA Championship – the first in the PGA of America’s landmark 11-year media rights agreement with CBS and ESPN – will feature CBS Sports, ESPN and ESPN+ combining to deliver an unprecedented amount of broadcast and digital coverage.
Globally, the PGA Championship will be broadcast in 164 countries and territories reaching more than a half-billion households.
-NCGA Staff
Category: June 22, 2020